Back to blog overview
Behind the scenes 24 November 2020

How it all began

We celebrate 50 years. Time for a bit of history, we went from baby carriages to chair bases to manufacturer and furnisher of  projects.  But of course this did not happen overnight. How did it happen? By moving with the times and continuing to innovate. Here is a hint of nostalgia from Drisag’s rich history.

How it all started with baby carriages

In the fifties, Belgium experienced a real baby boom. The Antwerp native Leon Driessens saw a gap in the market. He founded the company Driessens Agenturen and began selling parts for baby carriages to workshops. In those days there was no such thing as e-mail, let alone a fax. They used the Telex to communicate. Using a six-letter identification code, they could find out the sender of such a Telex message. At Driessens Agenturen this code was Drisag. And so the current company name was born.

When the baby boom was over and there was less demand for baby carriages parts, the company was in a really dark place. Our predecessors were forced to look for another interpretation of their business activity. They were strong in tube bending and chromium plating. The step to chrome chair bases was quickly made. From 1970 Drisag supplied parts to furniture manufacturers. These were mainly carriage frames often used in office environments. And so we slowly but surely grew into an agency firm in office chair parts. We sold, among other things, crossbeds, mechanisms and armrests to companies who in turn produced office chairs with them.

The first step to an own office chair

In 1978 Drisag invested for the first time in moulds for its own office chair. Drisag also developed an advanced mechanism for this office chair. The chair was very progressive both in terms of mechanism and design. In addition, this chair was completely adapted to the modern office life of the time, which is contrary to the ideals of today. For example, wheels were provided under the chairs so that you could easily roll to the cabinet while sitting. And the back of the chair had a pear shape so that the shoulders were free. This made it much easier to take a folder out of the cabinet while sitting down. Times were changing.

From chair manufacturer to project supplier with its own production workshop

In 1987 the Renders family took over Drisag. Shortly after that, there was a major fusion of two companies in which we brought together a metal department with its own paint shop and a wood workshop. Add to this our already existing upholstery and assembly shop and suddenly we had a lot of crafts at our disposal. So in 1989 we moved from Deurne to Herentals in the Kempen, to a larger production workshop.

This change opened a lot of doors for Drisag as a company. It also paved the way for the quality products we still offer today. We evolved along with the latest trends and grew into experts in creating inspiring interior concepts. So it’s no longer just about offering ergonomic office chairs, but about designing total projects. From inviting reception rooms to inspiring meeting rooms to cozy lunch spots.

Would you like to see our Drisag experts with years of experience at work? Let us know and who knows, maybe we will soon transform your workplace into an inspiring environment with room for unseen creativity. 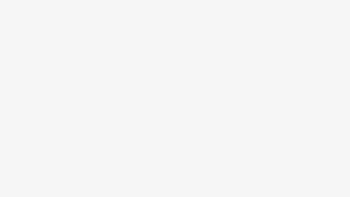 6
Oct
Behind the scenes

Handicraft with fabrics at the center of our production

Every day the fabrics for our office furniture are unrolled…

26
Oct
Behind the scenes

How our designers stay creative

What a beauty, the ergonomic Smart…

12
Oct
Behind the scenes

Drisag reveals. How we produce everything in-house

We often say that our products are handmade and Belgian.

On the lookout for your perfect solution?

Our experts create the working environment that's perfect for you, with custom advice.